It hasn't been a good day.
The little Empress has died today. She has been ill all week.

I moved her into the kitchen - the ICU - two days ago, and have been giving her round the clock, extremely intensive nursing. But despite medication and care, she hasn't improved at all. She looked very jaundiced.
I wouldn't normally take hens to the vet, as treatment for a hen costs more than the hen itself, but as you will know, Napoleon and the Empress are very special.


The vet diagnosed liver failure and she has been put down.

It doesn't take much to make me cry at the best of times, and this really isn't the best of times.
It would be marginally easier if either husband or I were feeling pink or perky, but husband has succumbed to a relapse of the flu and I am still pretty ropey. And the trouble with me is, I am just so pathetic where animals are concerned - totally, helplessly, hopelessly committed to them all. In fact I remind myself of Colin Powell's immortal illustration: 'If you want to know the difference between involvement and commitment, think of a bacon and egg breakfast.The hen is involved, but the pig is definitely committed.'
That's me.

I cried all the way home from the vet's, not to mention at the vet's.
And poor Napoleon is standing outside the back door bawling now.
He is going to miss her even more than I will.


Don't you just hate it when your animals are ill?
At least your kids can say 'this hurts' or 'my head aches'. (My brother, when he was small, used to complain of a 'heggache' and rub his tummy meaningfully.) But, even though non-specific, it gives you a clue.

Not so long ago, I was recalling one of my beautiful dogs, Beshlie who died back in 1997. As I quoted in that post, Lord Oaksey, when asked if there was anything he regretted, said yes - he regretted all the dogs he had loved and lost over the years.
They leave such a gap, don't they?

Even a tiny cuckoo pekin Empress leaves a gap. She had more character packed into her meagre eight inches than all my ordinary hens put together. Feisty is the word that springs to mind. I can't recall how often I would hear her shouting, and I mean shouting, outside the back door. I would open it to find this pint sized creature yelling up at me at the top of her voice: 'I've lost him! He's off chasing bits of fluff! Come and sort it out!'
As often as not, Wellington hoving into sight had sent Napoleon into an air-head spin and he'd just run as far and as fast as possible. I'd find him hiding behind the hydrangeas, or pretending to be invisible in the turf shed, quaking quietly to himself.
Bless him.
As soon as they were re-united, all was well. Darby and Joan.
Better known as my babies, around here.

I think of them often, the animals who have contributed so much to my life. Many of them are buried here in the garden. In England, if you have to have your pet put down, the vet performs the dread (and often merciful) deed and you walk away, to cry alone. In Ireland, you bring your animal home with you afterwards, and have the small solace of a funeral.

I was once told that you should leave a dead pet in his or her bed for a while, so that any other animals you have can see what has happened. Apparently it stops them pining for a companion who just never comes home. We had a cat when I was young who spent years looking for our dog - every time the door opened he would run to look. The dog had gone to the vet and never returned. So sad.

Strangely, all our 'funerals' are well attended. After you've dug a grave, and wrapped their body, and picked some flowers, you turn around and all the other animals are dotted around, watching. Today as we buried Marie Louise, the dogs stood on either side and the orchard was full of hens. Who knows what goes on in their heads at such a time?

When my lovely Juno, mother of the divine duo, died two years ago, we also buried her in the orchard. It had been her favourite place to lie. The whole household, cats, dogs and people - including a young couple from San Diego who were staying with us - gathered around her grave, the people all with little bunches of flowers. A few days later, husband went up into the orchard and found this:

Top Dog and Hobbes were sitting on either side of her grave, keeping vigil. They were still there when he returned after rooting out the camera.
More tears.

Under Dog behaved very strangely for weeks after his mother died. He would go outside at  night and just stand out there, all alone. It was very sad.

I knew how he felt.
They give us everything while they live, and leave such a huge hole when they die.

Just a few days ago, Isobel wrote on her blog:
It is a year ago tonight since Freddy the Gorgeous Boy, known on this page as Cat, died. Now, as then, I’m preparing for bed. Next Sunday, I am going to ask you to join me in the evening by putting lighted candles in your windows to remember all the pets we have loved and who have enriched our lives.
Last year I asked the same, both here, by email, phone and face to face. The word spread to more people than I could have ever imagined. Friends here and in foreign countries passed the idea on and I got messages telling me of people who I have never met in the real or virtual world lighting candles. People told me stories of their pets. I heard of much loved dogs, of guinea pigs, cats and rabbits. There were memories of ponies, horses, donkeys and pet goats. It felt like people had kept these stories bottled up, and there was joy in the telling. Everyone’s pet was the best, which is just as it should be.
So dig out your candles, chill that bottle of good wine, and on Sunday night, let’s remember all the great times we have had with our pets, and how much we have loved them.


When I first read it, I intended to add my request to hers. Little did I know that it would be so apposite.

What a nice idea - to dedicate a day to remembering, not with sadness, but with joy, all the animals who have made our lives so special. It seems a deeply appropriate time too - the vernal equinox.
A time associated not with death, but with life. With new beginnings. With hope.

So - if you have ever loved and lost a pet, join us on Sunday evening. Light a candle and put it in your window - and smile. 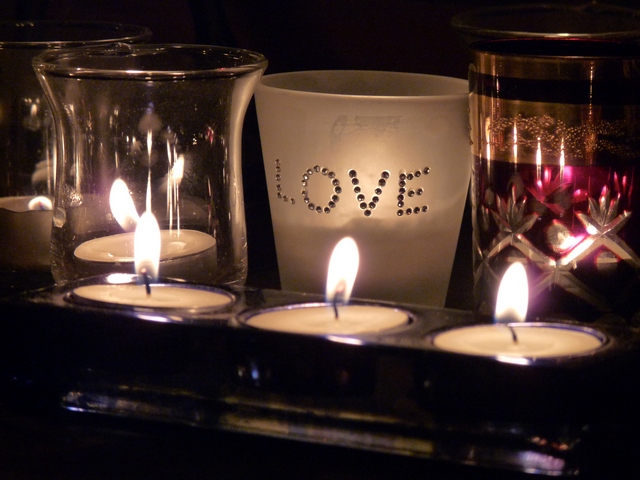 Posted by Lorely Forrester at 17:12